Bread Pudding is a classic recipe that uses simple ingredients, resulting in a moist and tender dessert. It’s deliciously creamy and puffy, topped with a vanilla cream cheese glaze.

What we love about this Bread Pudding is its moisture and simplicity to make. It can be served as dessert, or for a brunch party, and it’s a great way to use some leftover bread. If you are in a hunt for the perfect creamy dessert, we have a few to pick from. Like our Banana Pudding Poke Cake, Apple Pudding Cake or Brownie Trifle Pudding.

Bread Pudding is a great way to use some bread in a desert form, even leftover bread will work great in this recipe. You basically cut it in cubes, dry it in the oven for a few minutes, and bake it into the custard mixture. Then top it with the most delicious vanilla cream cheese glaze, for the perfect finish!

This delicious homemade breas pudding with heavy cream is perfectly sweetened and spiced. We used some raisins and cinnamon to give it a richer and denser flavor. Another great thing about this recipe is that you can assemble it a day ahead of time, and when ready just put in the oven and bake it.

How to make Bread Pudding in 6 steps?

For exact measurements, please follow the recipe card below. Also, watch the recipe video tutorial attached and see how easy it is.

The general steps are as follows:

This recipe is best to be served warm or room temperature. In addition, for extra flavor, add some whipped cream or a scoop of ice cream on top.

How to store bread pudding?

Wrap the baking dish with the bread pudding with plastic wrap, or transfer to an airtight container Tupperware container and store in the refrigerator for up to 3 days.

Tools used to make this recipe:

Save Recipe
5 from 16 reviews

This Bread Pudding is a classic recipe that uses simple ingredients, resulting in a moist and tender dessert. It's deliciously creamy and puffy, topped with vanilla based glazed. 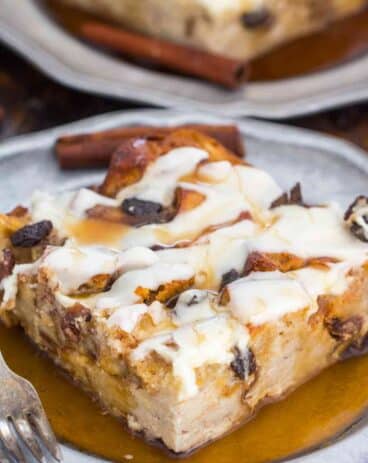 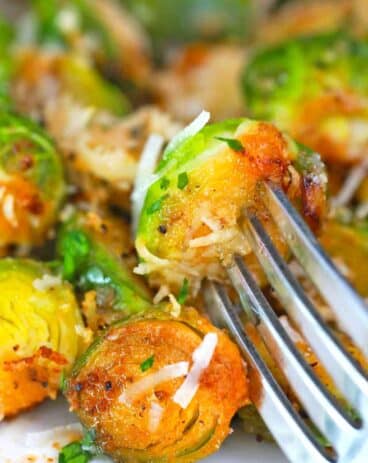 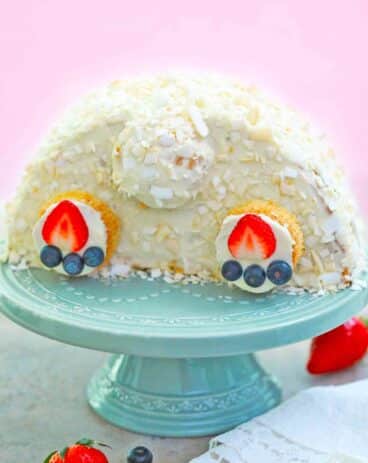 My goodness, you just reminded me of how much I love bread pudding. I need to make some of this Friday when I'll have company after Thanksgiving.

This recipe would be perfect for my Thanksgiving dessert table. I can't wait to give it a try.

You know, I've never had bread pudding before. I really should try it. This sounds so delicious.

I really love bread pudding. I haven't made it in forever though, so I need to try this recipe.

I have never been one to love bread pudding. But after seeing yours I just might give it a try again with your recipe.

Oh my! Now this looks delicious!! I need to try this recipe for a holiday party I'm going to soon!!

I've never made my own bread pudding but I do like it a lot lol. I'll save this and try it out for myself

I never made my own bread pudding and that has to change! It doesn't look too hard at all and the ingredients you used are very accessible.

Your bread pudding looks like it came out amazing. I love the cream cheese glaze you topped it with. I think that's the perfect choice.

We love bread pudding. It transforms stale bread into something wonderful! And this looks deliciousssss.

Pudding in one of our favorite afternoon snacks when I was a kid and until now we still tried to make but not only for us it is also for our kids. Delicious!

Bread pudding looks delicious, great holiday breakfast ideas. I would like to try it .Best part is we can feed a crowd if we double or triple recipe

You have me salivating!! I love bread pudding...it is one of my favorite childhood desserts. I always thought it was complicated to make, but looking at your recipe it looks fairly easy. Definitively pinning this to make this holiday season. yum!

This looks so delicious and easy too!

What is the glaze or sauce you pour over top of the dessert after you put the cream cheese glaze on? It looked like syrup but I doubt that it is.