General Tso Chicken is your ultimate Chinese takeout! It is so easy to make; you will not have to order anymore once you learn this recipe!

We have a number of Asian-inspired dishes that you can try like this one! Check out our recipes for Soba Noodles, Hunan Beef, and Korean Ground Beef. 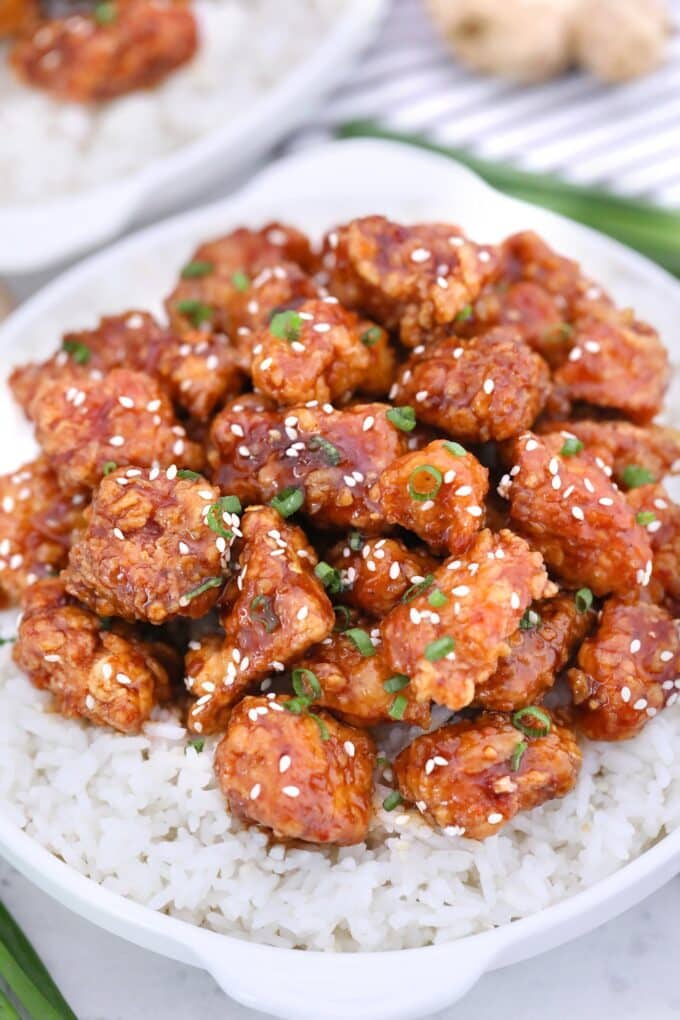 General Tso Chicken could easily be the most popular Chinese takeout here in the US. This dish was invented in the 1950s with the influence of Hunan cuisine.

Hunan cuisine is characterized by its intense use of peppers, ginger, garlic, and anything spicy. So, can you just imagine how spicy this recipe is? Don’t worry though, because this recipe is already a sweeter and less spicy version of the original one.

It is still as flavorful and exciting as the original! Not only is it sweet because of the sugar, but it is also spicy with the addition of red pepper flakes in its sauce.

What is Chinese General Tso Chicken?

It is a dish of crispy breaded boneless chicken meat glazed with a thick sweet-but-spicy sauce. It has a rich flavor and an equally rich history.

Hunan was home to the inventor of this dish named Chef Peng. But would you believe that in Hunan, or even in the whole of mainland China, this dish is unknown?

Chef Peng fled the country in the 1950s and built his own restaurant in Taiwan where he served the dish. It inspired the recipes that are now popular in the US.

However, what worked in Taiwan did not entirely work in America. The recipe needed to be sweet and fried – everything that the originally spicy Hunanese-inspired dish was not.

Nevertheless, this recipe still paved the way for other Chinese-inspired dishes that are now popular not only among the Chinese settlers in the early 1970s but also to the rest of the Americans who came to love Chinese takeout! 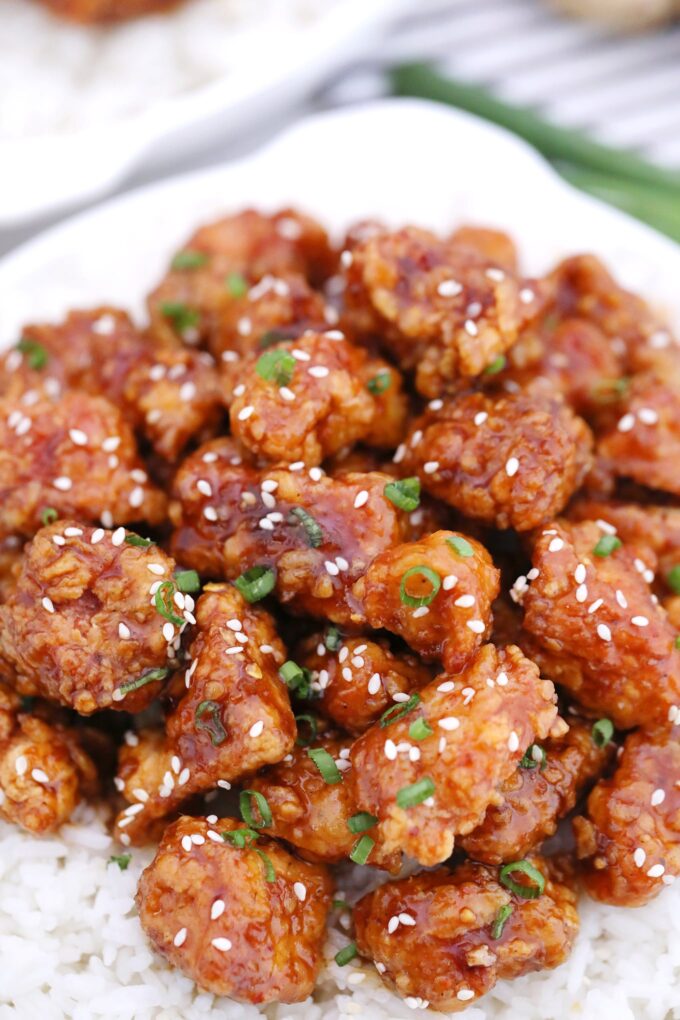 What is General Tso Chicken made of?

It is made of fried white meat, breaded and boneless, in a flavorful sauce. Here are the ingredients that you will need:

For the sauce, the following are the ingredients: 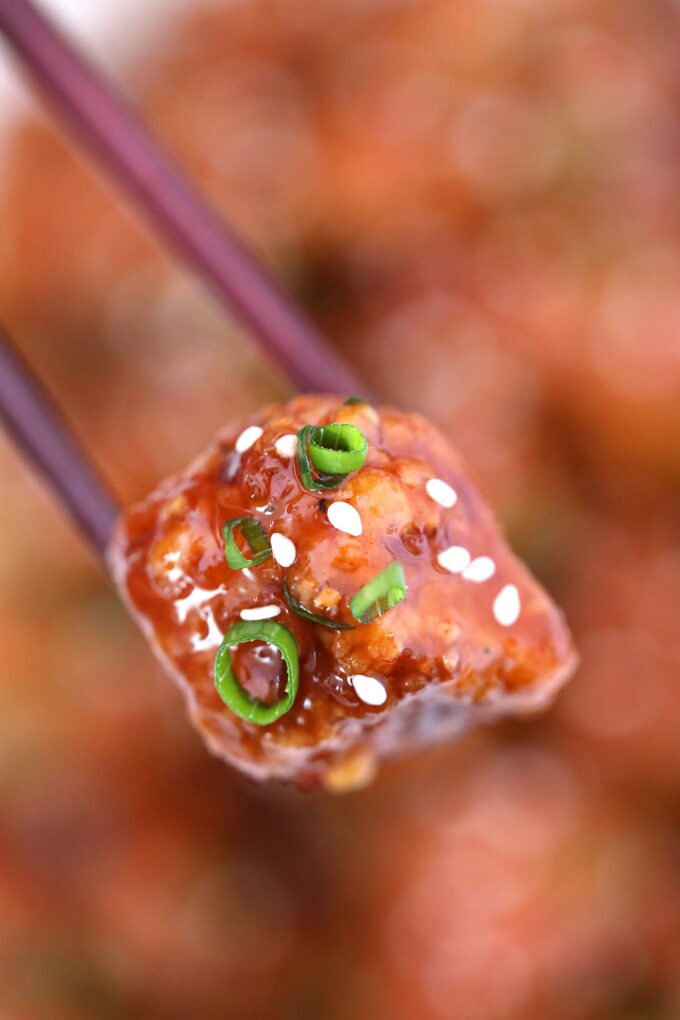 How do you make General Tso Chicken:

How do you make the baked version?

To make this a lot healthier, you can bake the meat instead of deep-frying. As a guide, refer to my previous recipe for oven-baked tenders!

Bake them in the oven preheated at 400 degrees Fahrenheit. Once golden brown, you can take them out of the oven. Toss with the sauce, and you’re done!

It is rich in vitamins A and K as well as in niacin. It could be a good source of protein, too.

I recommend eating it in moderation because it has high levels of carbohydrates, sodium, fat, and calories. 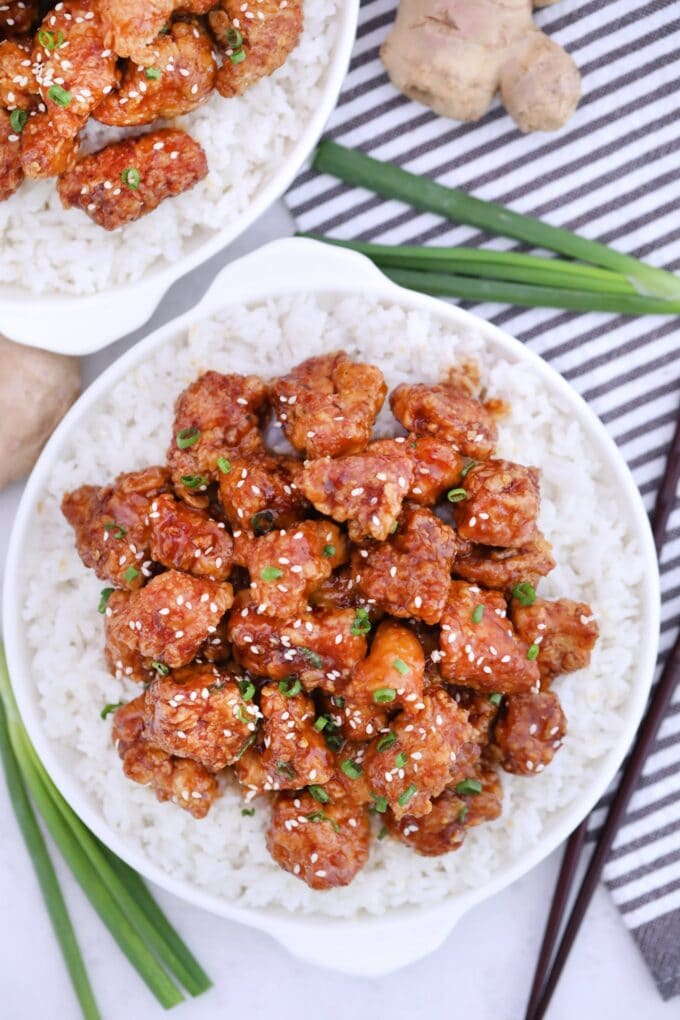 Save Recipe
5 from 2 reviews

General Tso Chicken is your ultimate Chinese takeout! It is so easy to make; you will not have to order anymore once you learn this recipe! 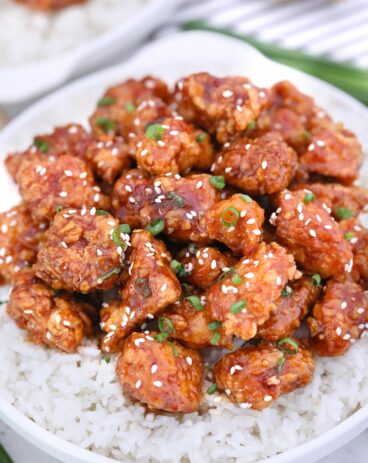 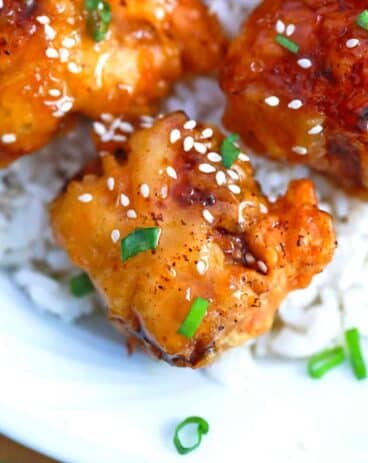 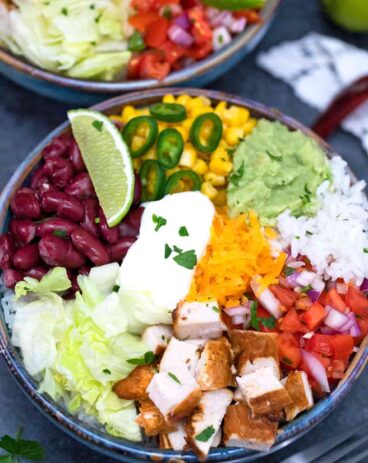 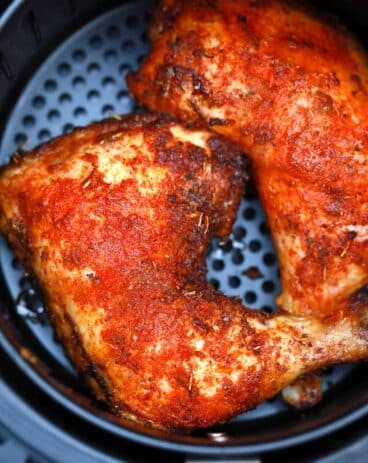 That looks really good. I get General Tso Chicken whenever we order takeout. I'd love to try making it for myself.

This is a recipe that I need to try. I love how crispy the chicken looks.

I love Chinese food but have always been leery of General Tso's chicken because of the heat it can pack. With homemade I bet I could adjust the heat to my tolerance. Yum!

This recipe looks amazing!! I can't wait to cook this up and give it a try! Delicious.

Love the ease of this recipe. I've added this to our meal rotation and will be making it this week!

This is one of my husband's favorite dishes but I've never made it from scratch before. I can't wait to make this.

My husband will love this. He loves any chicken dish. I will get the ingredients I need and make this for him .

It sounds delicious. It is one of my favorite meals.

Delicious recipe! Thank you for sharing!