Funnel Cake is our favorite country fair food! This delicious cake is fluffy on the inside, crispy on the outside, and super easy to prepare. Watch the short video tutorial below and learn to quickly and easily make this amazing dessert on your own!

It is summer and with it comes the fair season. Make this delicious dessert along with our other popular fair foods like the Corn On The Cob, Fried Chicken, and Key Lime Pie. 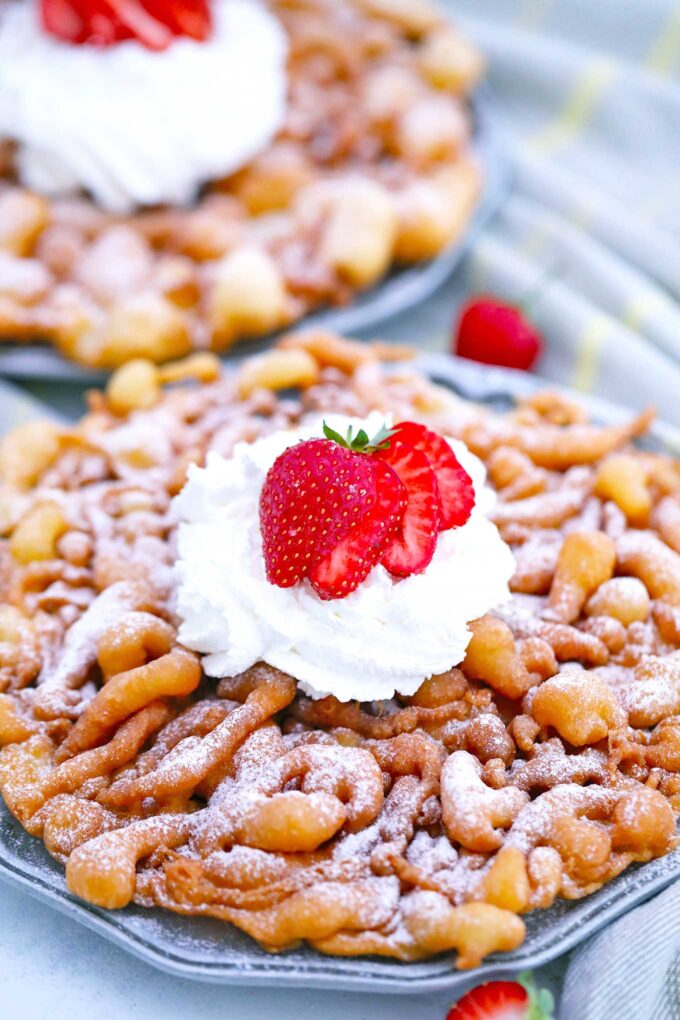 Funnel Cake has been a popular fair dessert since the early 1950s. Though its roots trace back to Anglo-Norman medieval times, this dish was popularized in the Kutztown Folk Festival which started in 1950. This festival was meant to celebrate Pennsylvania Dutch culture and it is in this festival where thousands of funnel cakes were sold!

What used to be a winter holiday food became a favorite country fair food since then. This cake is so delightful to eat while roaming around. And in this easy recipe, we will show you how it is prepared, from the batter to dousing the powdered sugar on top!

What is a funnel cake?

Named after the handy kitchen tool, this dessert is made by pouring a batter in a funnel with the hole blocked at first. And then, when ready, the batter is made to flow into a pan of hot oil to fry, swirling around the funnel to make a curly layer. 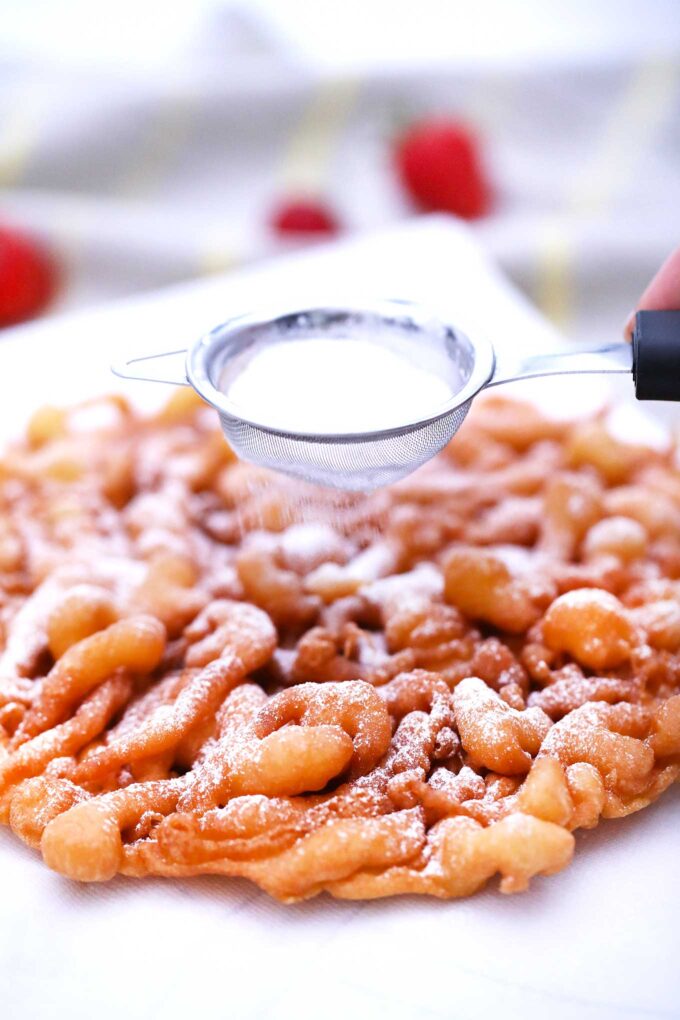 What is funnel cake made of?

This recipe calls for the following ingredients for the batter:

You would also need the vegetable oil for frying and your choice of toppings. We love it with powdered sugar and strawberries!

How to make funnel cake from scratch?

How to make funnel cake with pancake mix? 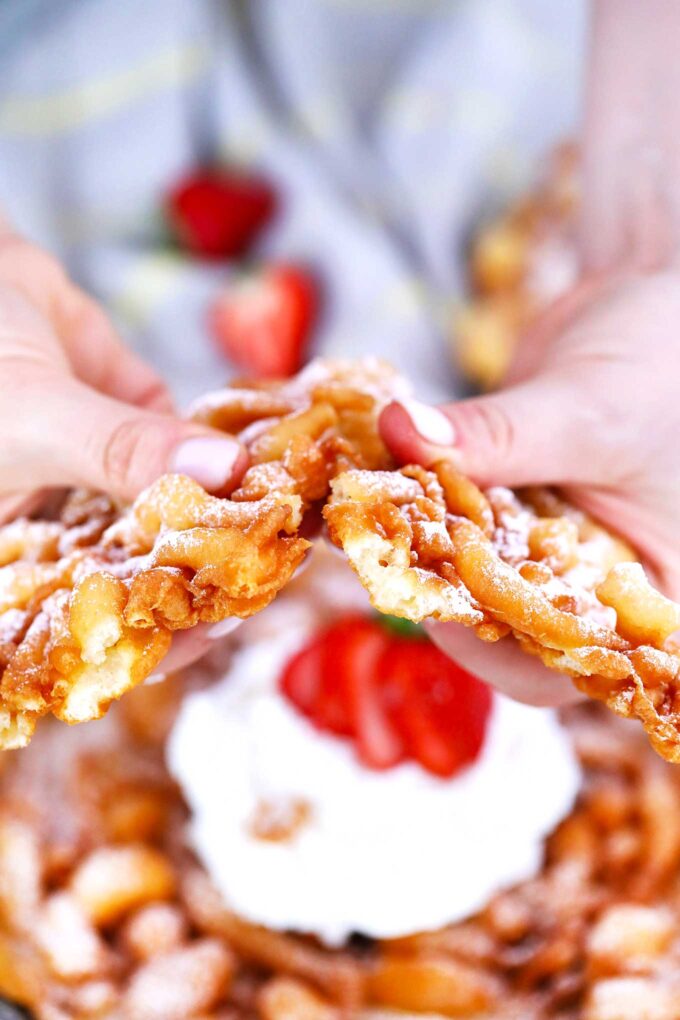 Can you make it in advance?

You can prepare the batter in advance and refrigerate it for a maximum of two days. Just fry it at the time it is needed, anyway, it only takes a couple of minutes or so to fry one.

How many calories in a funnel cake?

One piece of state-fair of this dessert contains 760 calories as it is deep-fried. But, you can lower this value by baking it instead of frying it! It will only have around 130 calories.

How to store the cake?

It can last for a few days at room temperature, stored in a paper bag. But it is best served warm, so, avoid leftovers!

Can you freeze it? 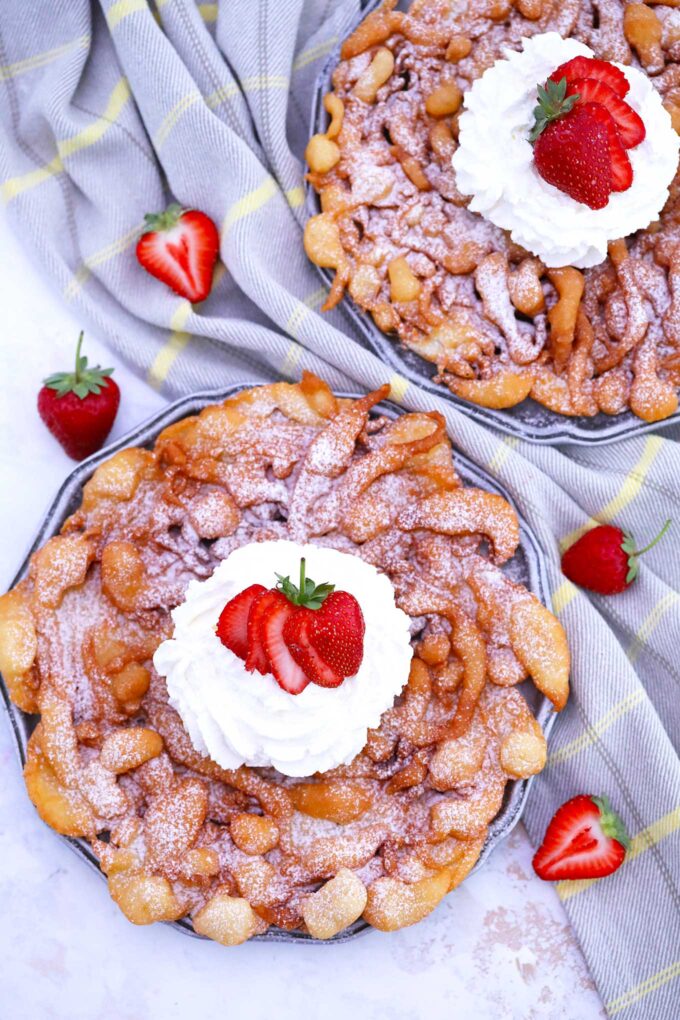 Save Recipe
5 from 2 reviews 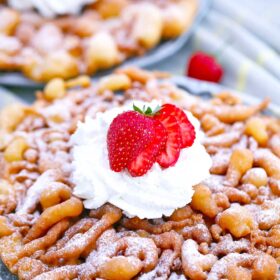 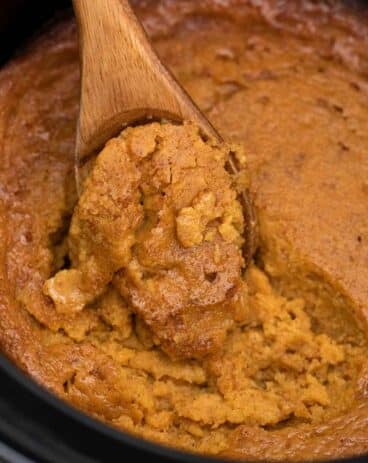 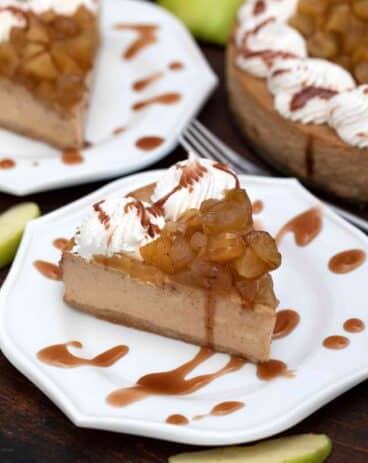 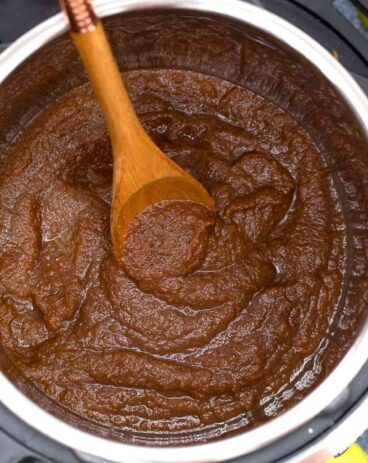 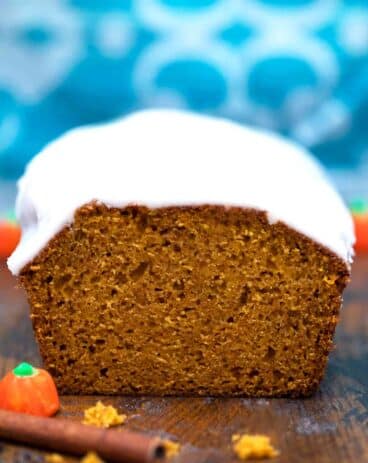 Lord have mercy, you are trying to ruin my diet! This looks amazing and I want it now!

Funnel cake I'll try! I've never made or baked it, and hardly know what it tastes like.

I have always wanted to get a funnel cake from a fair. They smell so fantastic but I usually end up changing my mind when I see they cost like $10!!

Funnel cakes were what I looked forward to every year at festivals. I love them and they can get me to break any diet.

I love funnel cakes! They're so good. I've never actually made one myself before though. I'm definitely going to be trying this out soon.

This is a dangerous recipe to have! Funnel cakes are such a delicious guilty pleasure. This is perfect for a summer treat.

I have never had funnel cake before. They look so addicting. I'm going to try making it with pancake mix.

This is the BEST summertime carnival treat! I'd love to try it myself. I had no idea I could do it at home!

I love funnel cakes so coming across this recipe makes me so very happy. I can't wait to make this.

I can't believe that it takes this easy to prepare this one. I think kids are going to love this. This will be my next project as well.

This funnel cake looks amazing! My kids love it whenever we go to the fair, lol.. summer is here!

So, vanilla or no? Listed in ingredients, but not in instructions.

yes, please add it when you add the milk.